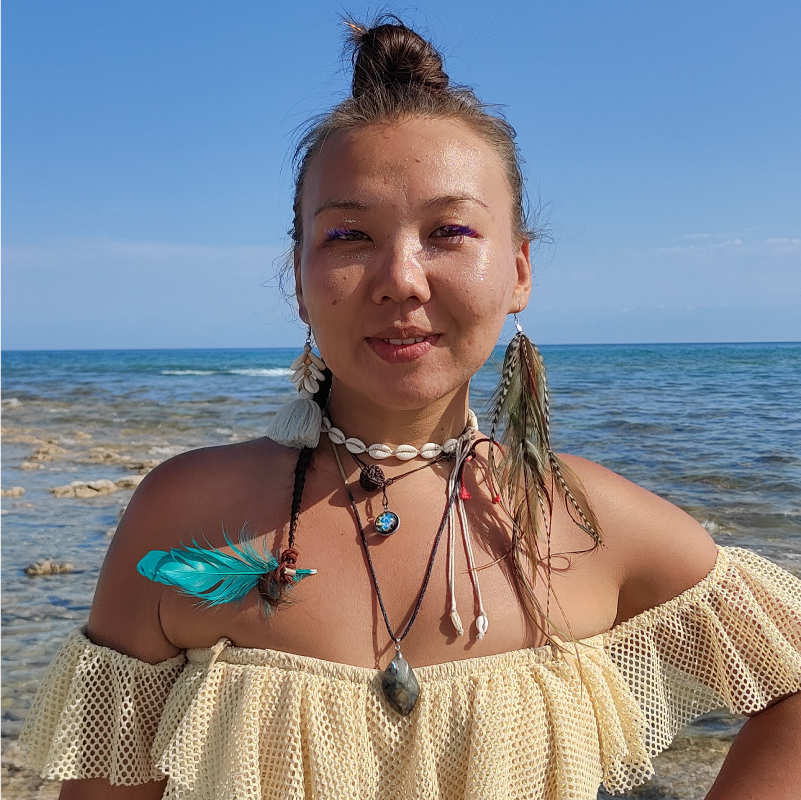 Zhibek Birikova, better known as Jibek, is a 30-year-old choreographer, director, performer, and intuitive musician who has developed her career since 2009. She plays shaman tambourines, djembe, glucophone, harmonica, kalimba, Jew’s harp, and is actively involved in spiritual practices. She works as an actress at the State National Russian Drama Theatre, and has participated in over 30 performances - where she plays the role as actress in about 10 of them and director in four of them, and involved in 15 productions as choreographers.