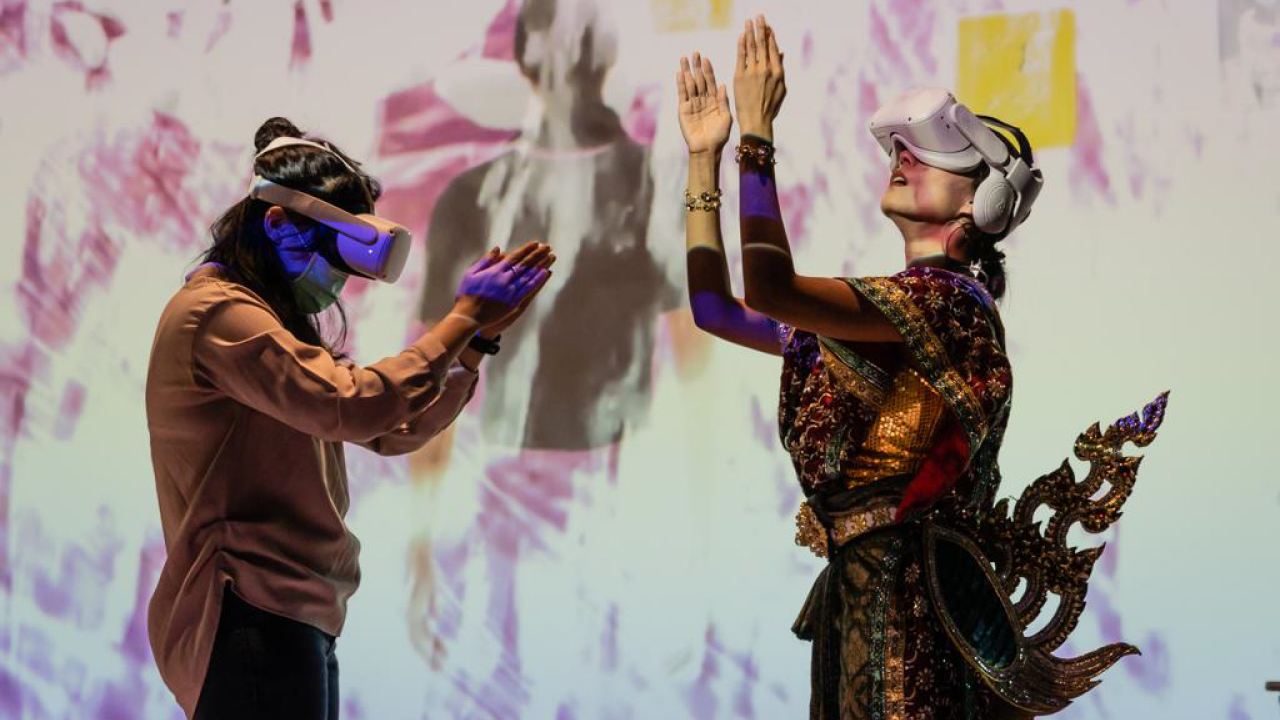 The creation of “Dance Offering” is inspired by the Thai traditional performance called Rum-Kea-Bon, a semi-ritual dance often carried out as a negotiation method. Through this dance, Kornkarn perceives the human not only as a subject who begs to a greater deity but as a being capable of exchange for getting their wishes granted. Rum-Kea-Bon itself has become part of a culture and has existed since a long time ago, traveling far back into Thai history. It is a vernacular form, a dance ‘of the people’, a space of hope, an aspiration and a form of spirituality. And judging from the many temples scattered throughout Thailand, this dance offering has proven to be constantly evolving and adapting through social and cultural changes.

At the “Dance Offering” performance in Jakarta, Kornkarn will invite the audience to make their wishes through a digital shrine. If their wishes are answered, she will then dance as a form of reciprocal offering. This digital shrine is an imaginary space where hopes, desires, and beliefs reside. An imaginary negotiating space between the mundane and the divine. To manipulate the offering process, a VR (virtual reality) headset is used in this digital temple. Each audience can also witness the visual personally through AR (Augmented Reality) experience on their own devices. Apart from being intended as a call for a utopic future that has yet to materialize, this dance work is also a space that voices a new co-created reality that transcends physical sites and boundaries, cultural differences, and even socio-economic status.