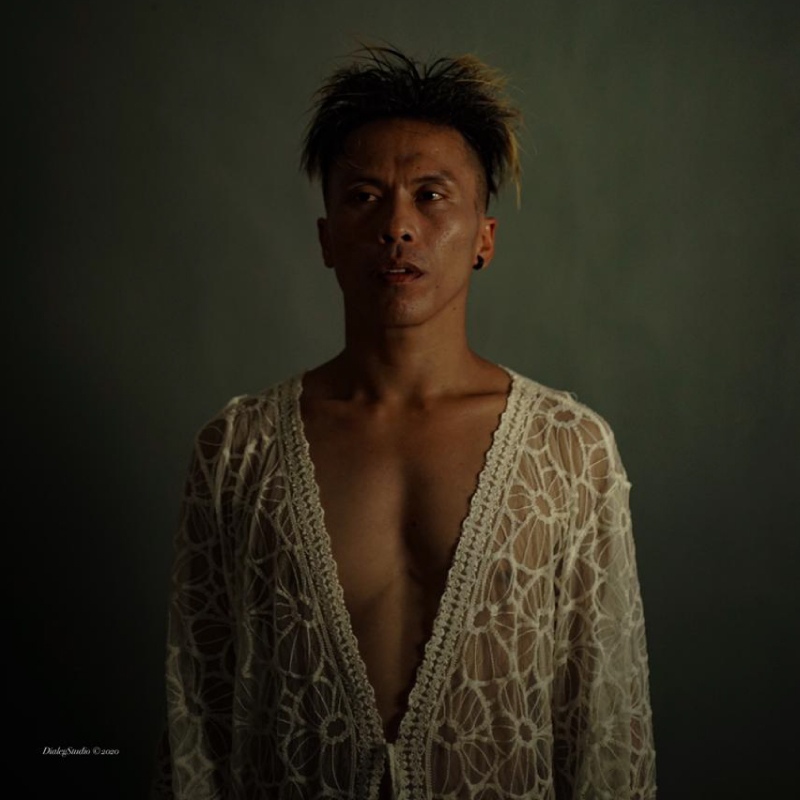 Moh. Hariyanto (b.1986), also known as Hari Ghulur, is a choreographer and dancer based in Surabaya. His works “Ghulur”, “Ghabal”, “White Stone”, ”Sila”, and “Jap_Vanese”, have been presented in T.H.E Contact Contemporary Dance, Europalia Art Festival, University of Malaya, American Dance Festival, and Indonesian Dance Festival. Hari’s works are inspired by the landscape of Madura, his homeland. The works depart from his personal experiences stimulated by his physical journey to perform physical body practices. He was invited to several artist residency programmes such as Kakiseni Art Exchange, Kuala Lumpur in 2013, ROSAS P.A.R.T.S Brussel and KAAI in Brussel in 2017, and The International Choreographers Residency in 2018 by American Dance Festival. Hari graduated with an MA in Art Creation (Dance) from Indonesian Institute of the Arts (ISI), Surakarta, Indonesia. He works as a lecturer at the Dance and Theater Department at STKW Surabaya. He is the co-founder of Sawung Dance Studio and Sawung Dance Festival in Surabaya, 2021 Hari received the South East Asian Choreographers Networking award through his dance film “Songkok”. In 2022, he collaborates with a few Japanese artists for Grey Space Contact Dance Festival in Singapore. Also in 2022, Hari was chosen as a dancer in a project with Eun-Me Ahn Company and spent two months in South Korea to create a new work entitled “Jalan-Jalan”.