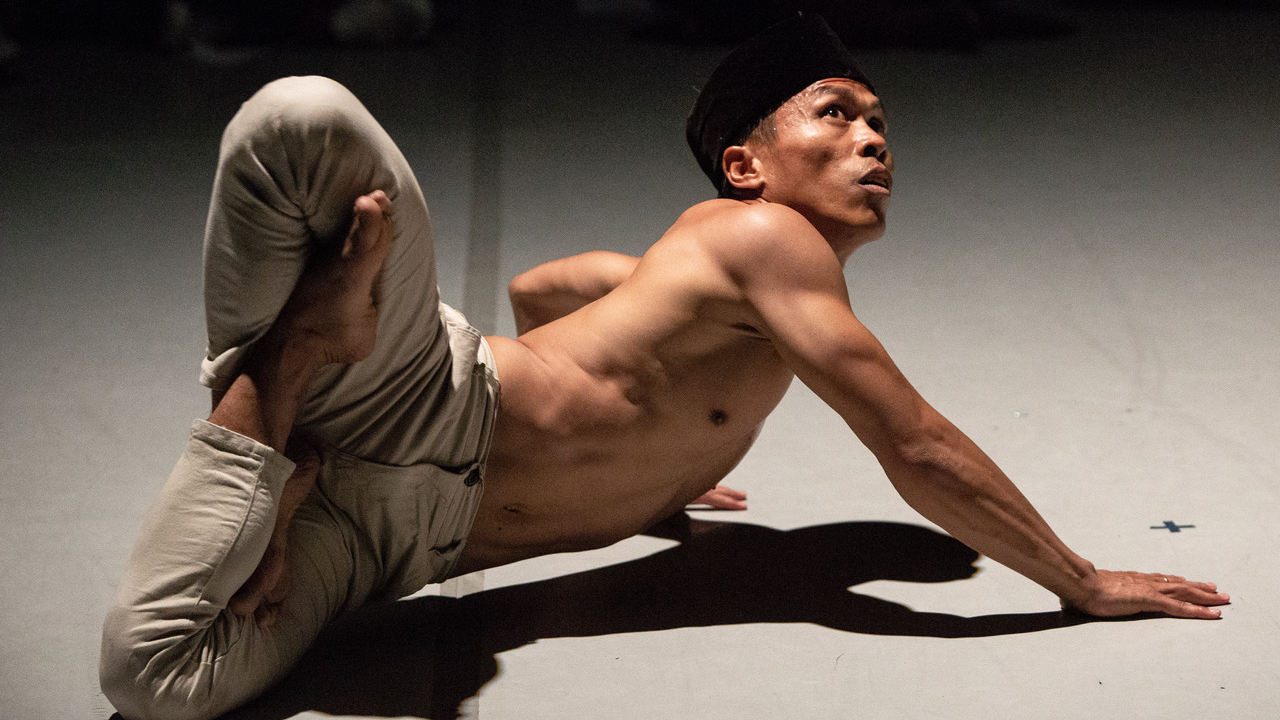 The work “SILO” explores the Islamic custom of tahlil, in this context seen as the central motoric movement around the torso. The work is a vertical dialogue method between him and the Holy One through repetitive and personal movements. This work is developed from his previous work “SILA”, which was created during Ghulur’s residency at American Dance Festival. Ghulur sees “SILO” as a space to explore the body within the constraints of physical space. “SILO” as a choreography and ritual is an endeavour to reach the emotional and spiritual peak with a limited physical position where one is grounded to the earth.