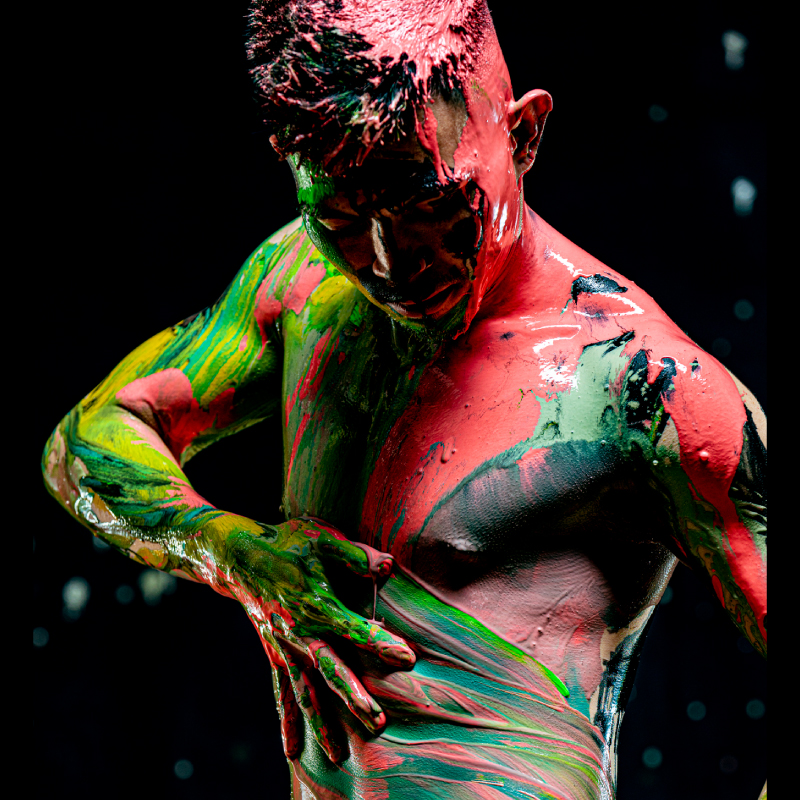 Ferry Alberto Lesar or usually called Eyi Lesar, a dancer and choreographer, was born in Manado, 13 February 1993. As an alumni of the Department of Dance, Jakarta Arts Institute (IKJ), he studied various dance genres such as break dance, traditional, modern, even hip-hop which later influenced his choreography style. He has collaborated with a number of notable choreographers from Indonesia and overseas, including Hartati, Eko Supriyanto, Tom Ibnur, Yola Yulfanti, Peter Wilson, Kapronczai Erika, and Arno Schuitmaker. In recent years, Eyi Lesar has been actively producing works and performing at a number of important festivals in Indonesia, such as “Who Are You” at Yayasan Kelola 2018, “Ad-Interim” at Salihara International Performance 2019, “Virtual WAY” at Indonesian Dance Festival 2020, and “Free Me! Free Us!” at On Stage Plesungan Studio 2021. In 2022, he became a collaborator for Eun-Me Ahn Company to research the motion and as a dancer in the work titled “Jalan-Jalan”.