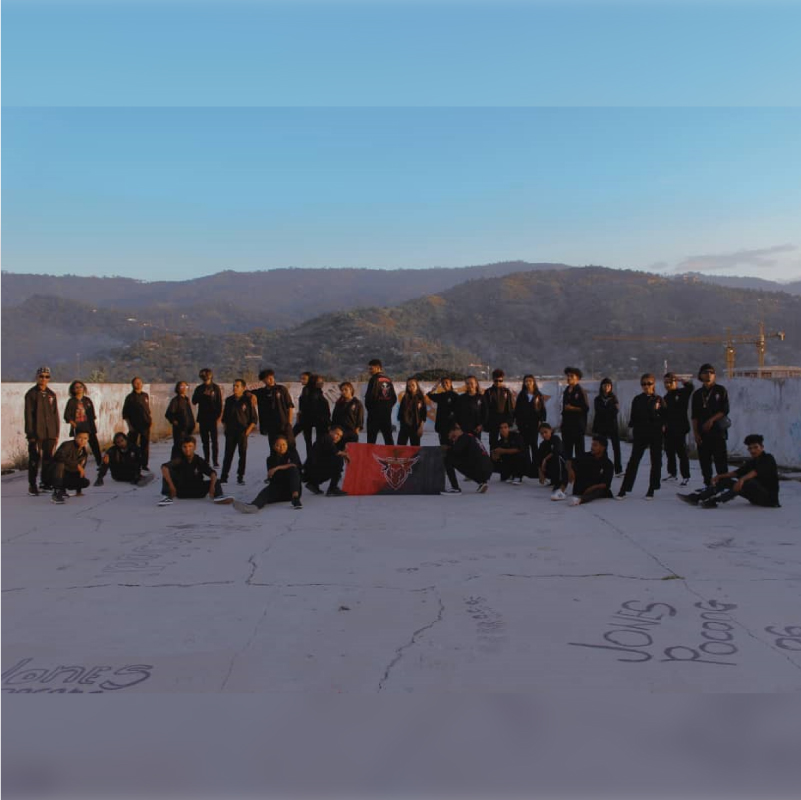 Endure (The Youth United Will Endure) is a Timor Leste-based dance academy founded in 2010 by eight teenagers involved in the local hip hop scene. They also share an interest in exploring hip hop-related elements, including graffiti, rap, beatboxing, and DJ. They have joined various competitions, including Aimutin Performance (2016), National Dance Performance in Lautém, Covalima, Aileu and Ermera in (2017), Cross Border Competition in NTT, Indonesia (2018). The academy initiated Redbull dance collective, which consists of 31 members aged between middle to high school. The name was chosen to represent an unyielding spirit and a brave soul to keep moving forward.