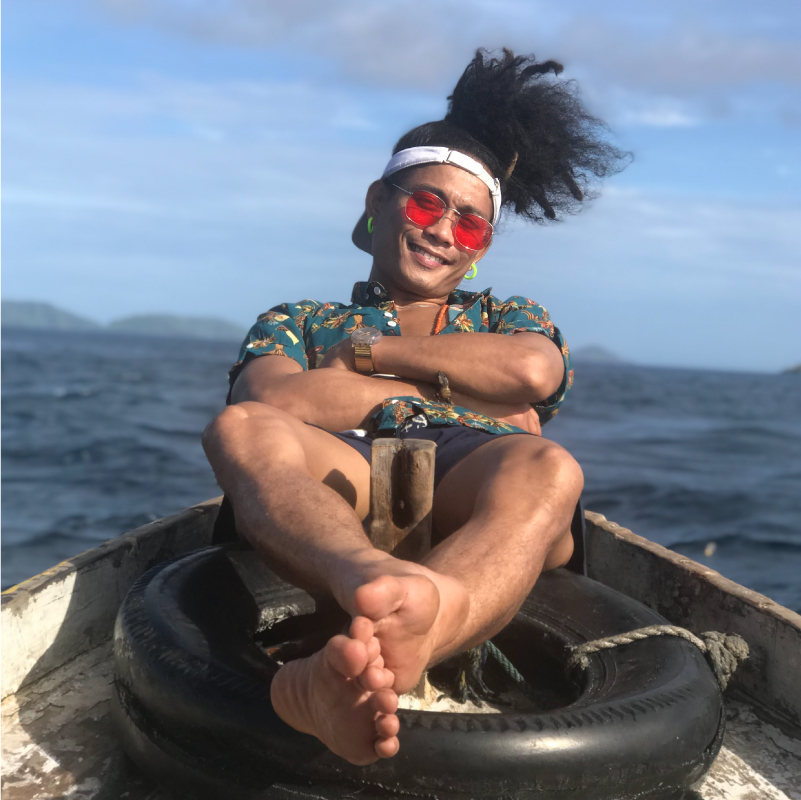 Pythos Harris was born in Papua on July 27, 1988. Since childhood he has danced various traditional Papuan dances and social dances such as Yosim Pancar, and participated in soccer in Papua. After participating in many dance competitions in Papua, in 2009 Pythos migrated and ventured to take part in international dance competitions. He successfully represented Indonesia for the Asian level with his team, Freedom Squad, in the Gatsby Styling Dance Goes To Japan in 2009. Pythos is also a dancer and assistant choreographer for Jecko Siompo, one of Indonesia's leading contemporary choreographers, and is involved in every dance piece and workshop by Jecko Siompo, at home and abroad. In 2018 Pythos became one of the representatives of Indonesian Hip Hop dancers at Dance Dance Asia, Shibuya, Japan. Lately Pythos is involved in the production of several dance films as a choreographer, including “ECHO”, “19=One” and “Nine Angle”.