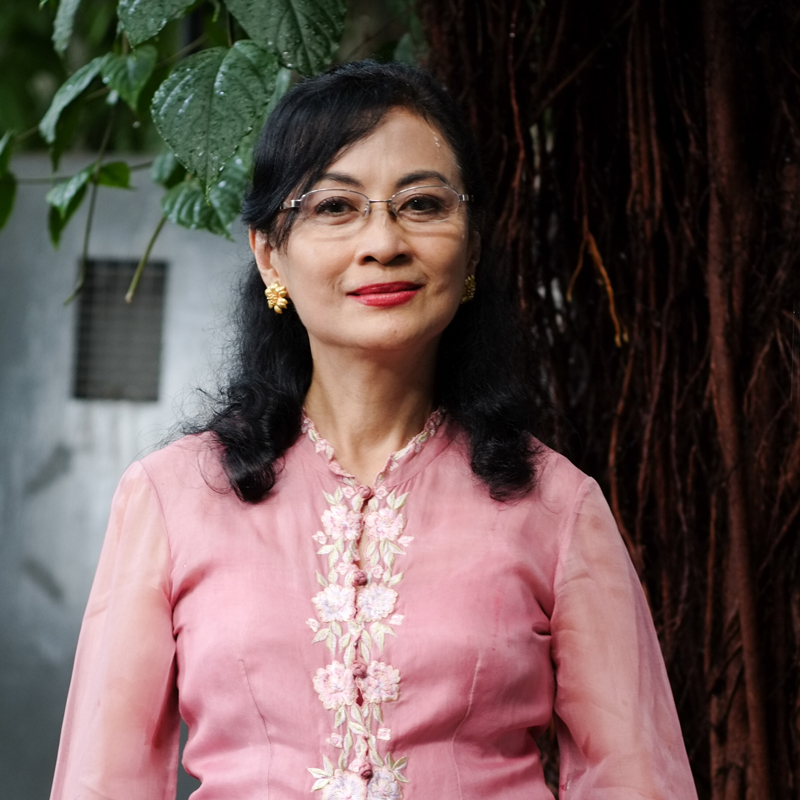 Dr. Siti Nurchaerani Kusumastuti, S.Sn., M.Sos. better known as Nungki Kusumastuti is an academia in performing arts, dancer and actor who has been in the film industry since 1978. She started her journey as a dancer from a young age and as an educator at the Faculty of Performing Arts, Jakarta Arts Institute (FSP - IKJ) in 1987, where she teaches until now. As an art activist, she served as Deputy Dean I of FSP, Member of the Jakarta Arts Council 1996–2004 and Chair of the Senate of IKJ 2017–2021. She graduated as a Bachelor of Dance Anthropology from IKJ, Postgraduate of Cultural Anthropology from Universitas Indonesia, and a Doctorate in History at Universitas Indonesia. Throughout her career, Nungki has received various awards in the fields of dance, performing arts, and film.