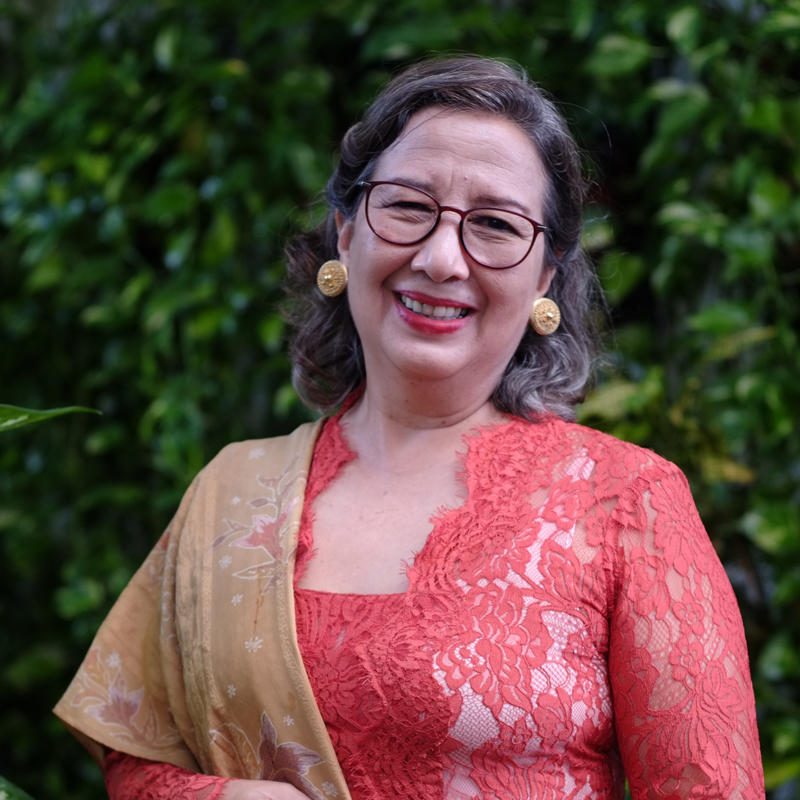 Maria Darmaningsih S.Sn, M.Ed, graduated from the Department of Dance at ISI Yogyakarta and as a Bachelor of Dance Anthropology from the Jakarta Institute of Arts (IKJ), as well as a Master of Education from the University of Lethbridge in Alberta, Canada. Since she was a child, she has studied classical Javanese dance and contemporary dance under the guidance of Ben Suharto, Sardono W. Kusumo, Retno Maruti, and Sulistyo Tirtokusumo. Maria is a Dance Lecturer at the Performing Arts Faculty (FSP) IKJ since 1987. At the beginning of her tenure as a Lecturer, Maria and her colleagues founded IDF. She served as Deputy Dean of the FSP in 2008-2016 and the Dance Committee of the Jakarta Arts Council in 2003-2006. Maria is the founder and educator at Ardhanari Studio and Performing Arts Management.